Realme has teased the launch of the Realme X7 series yet again in India. The company’s CEO Madhav Sheth has confirmed that the Realme X7 series will launch soon in India and “democratize 5G technology”.  Madhav posted a tweet saying that the brand has crossed over 50 million users since the inception and with its  “Dare to leap” approach the company has achieved several milestones. Among the 50 million figures, 30 million sales were from India and Realme is the fastest-growing smartphone brand in the world for five consecutive quarters. Realme also plans to launch more 5G network compatible devices after the Realme X7 series launch in India. The smartphone series has already been launched in China. Realme X7 Series Confirmed to Launch in India in 2021

Realme India CEO Madhav Sheth has teased the launch of the upcoming Realme X7 series multiple times in the past. The most recent tweet by Sheth confirms that the company will launch the X7 series. However, Sheth’s tweet does not reveal the exact launch date.

We were the first to introduce 5G smartphones in India with #realmeX50Pro. Now our plan is to democratize 5G technology in 2021 starting with the launch of #realmeX7 series & then bring it to more devices. #DareToLeap with us as #realme gets ready to be the 5G leader.

Under the hood, it packs a MediaTek Dimensity 800U octa-core processor along with Mali-G57 GPU, up to 8GB of LPDDR4X RAM, and 128GB of UFS 2.1 storage. The device is backed by a 4,300mAh battery that supports 65W fast-charging.

For optics, the smartphone sports a quad-rear camera setup at the back. There is a 64MP primary shooter with an f/1.8 aperture, an 8MP ultra-wide lens with a 119° field of view, and an f/2.3 aperture, a 2MP macro lens, and a 2MP depth lens. For selfies, the phone comes with a 32MP f/2.5 front camera.

The smartphone packs a bigger 4,500 mAh battery with 65W SuperDART charging tech. Both devices run on Android 10 and Color OS 7 based Realme UI.

The hole-punch cutout on the display houses a 32MP f/2.5 front camera. At the back, there is a quad-camera setup featuring a 64MP f/1.8 primary lens, an 8MP f/2.4 ultrawide lens, a 2MP retro portrait lens, and a 2MP macro lens with f/2.4 aperture.

Realme X7 series pricing will be announced at the launch event in India. However, based on the Chinese pricing, we can expect the smartphone series to launch in India under Rs 20,000.

What do you think about the Realme X7 series? Do let us know in the comments below. Google Pixel 6a Launched In India. You Can PreOrder Now ₹43,999 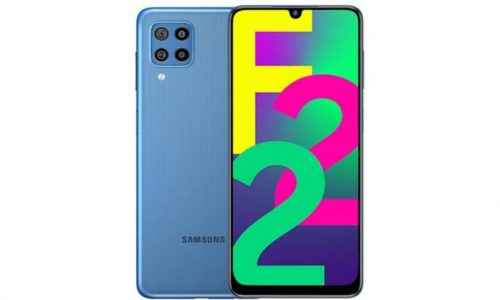